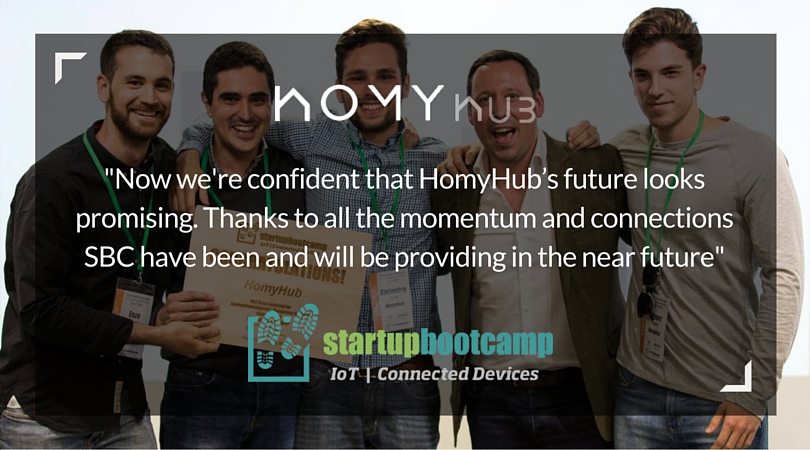 HomyHub [1], one of Area 31 Startups that allows you to open, monitor and share your garage door from your smartphone through a smart device, was selected as one of the 21 finalists at Startupbootcamp Headquarters in London. HomyHub’s team tells Area 31 its story:

«It all started with 425 online applications and one day when a mail arrives stating that: “Your startup has been selected for the final 21 pitches at the Startupbootcamp (SBC) Headquarters, London”. The aura of the HomyHub’s team room was filled with joy and there was a glitter of gratification in everyone’s eyes .

7th July, the stage was set and the top 21 startups around the globe emerged to take part in this intriguing event. Startupbootcamp London’s headquarter was filled with entrepreneurs, wanting a boost in their path and be in the top 10 position. Two intense, mind throbbing days with 60 mentors, 21 teams and 5 Startupbootcamp directors, the event kicked off at 9:30 am with a pleasing breakfast .

The final selection was focused on startups who have shown their commitment and hard work in the field of IoT and Connected devices. In the past few years, internet and its amalgam with almost all the devices around us has changed everyone’s lifestyle. Hence, all the startups were focused on this particular meadow of technology .

Scared yet still, excited yet calm and proud yet composed. All the members of HomyHub were ready for their 3 minutes pitch and two days of discussion with all the mentors. Who were going to test their commitment, zeal, enthusiasm, hard work and sincerity towards their startup and showcase them with a path for the future .Their product was HomyHub GARAGE [1], a solution to automate garage door openers. All you need is a HomyHub’s mobile application and a device to spare yourself from those clingy remotes and rely just on a tap of your finger .

As that can be justified by Matt Cooling  – (Business Development Mngr. for Cisco UK) remark,

“Impressed by the HomyHub’s team and product, think they have a great opportunity ahead of them and I look forward to seeing them take their product to market”

A great product with an unique selling proposition, a well balanced team, a good business approach and abundance of hard work. All these led to the success of HomyHub and making them secure the top 10 position at the Startupbootcamp finals, with cheers and applaud from each and every member present in the room. With this, the doors to future of HomyHub widened with bright light .The success was intensified when Francois Mazoudier – CEO of Tech Leaders Capital personally stated the team saying that ,

“these guys have a clear solution, simple and well laid out user value proposition and need remarkably little resources to achieve their stated goals”.

To boost the workflow of the startup, SBC will be providing three  months of acceleration time in London and access to their Rapid Prototyping Lab . Also with fifteen thousand euros of initial investment, almost one million euros in services and continuous support of SBC mentors and partners for more future investments and clients . All these were going to act as a catalyst in the success of HomyHub and their team . But the real pleasure or the feel of success is justified when another participating team member sparks the following comment:

“Now I want to buy a house with garage , just so that I can use a HomyHub GARAGE [1], love the product” –Vince Cifani – Joyride [2] Co-Founder and another SBC finalist.» 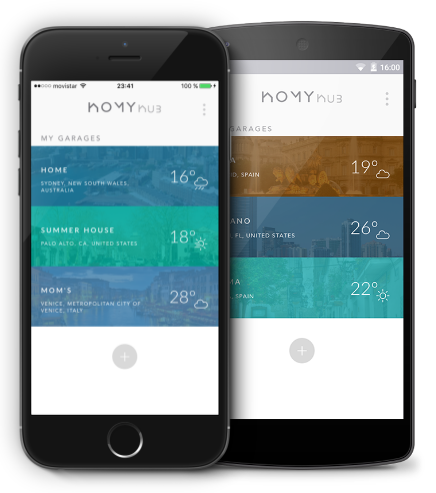