Technology isn’t just the result of brilliant ideas, it has become the power behind them.  It is easier than ever for someone with an inspiring idea to turn it into a reality as crowd platforms allow the collective wisdom to get behind individual brilliance.  Social networks allow any individual with an inspiring idea to seek out those who care, those who are passionate about the cause, and those who are willing to offer their support.  It takes minimal resources to showcase an idea in a visual, engaging and animated way and allow the crowd to decide if it is worthy of their attention. Even a small passionate community of supporters can quickly build momentum and create a critical mass that leads to a big impact. 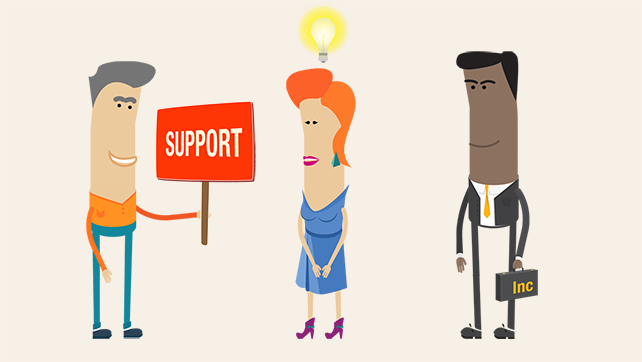 However, while crowdfunding platforms have seen huge growth it is time for the industry to evolve.  It is time to think beyond just money.  Funds can be essential for an idea to float, but it is often the support, the mentorship, the advice and the promotion that drives a venture’s success. To embrace all the support of the crowd, we need to embrace the crowd in its entirety.  It is time to realise that organisations, from NGOs to corporations, play an important role in championing great ideas and causes through their resources and skills, their influence and reach; their people.

We started kriticalmass.com [2] with the vision of a new kind of crowd platform; one that enables people with inspiring ideas and causes to get all the support they need.  No matter if they need funds, volunteers, mentors or in-kind donations.  No matter if individuals, groups or organisations want to support them.  Our mission is simple: we want to enable people to power good.