When I joined OEMP (Owners & entrepreneurs management program) at IE business school, I knew that I will get an excellent education on the subject, since IE is one of the top business schools in the world. But I was amazed to also find out how through IE is easy to build excellent network all over the world and to attend events and trips organized at the highest level. One of those events that was a truly amazing experience for me, was, International Business week in Israel, organized in March 2012 together with StarTau, Tel Aviv University Entrepreneurship Center. We had a very well planned schedule filled with visits to the biggest Israeli companies, like: Micron, Betterplace, Israel Microsoft center and so on. We were hearing the business stories of very successful startups like Ginger, Waze, Get Taxy and others; from their founders. We were presenting our ideas and companies to investors and of top of that we even had time for tourism and visited one Kibbutz, Jaffa, Jerusalem, Haifa and took a swim in Dead Sea. I met so many interesting people and fund some investors ready to work with me in my region, built the nice Israeli network, and added some impressive names in my LinkedIn contacts.

Since I am a columnist for one of the largest Croatian magazines, Lider, in the sector of Business knowledge, I wrote an article about Israel that was one of the most read articles this year and shared by many news portals. This is what I have learned about Israel, thanks to IE and StarTau, and would like to share with you. 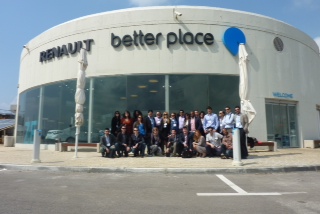 Startup nation
How Israel became a leader in innovative entrepreneurship

In its relatively short 60-year history as an independent country, marked by hostile relations with neighboring countries and poor natural resources, Israel has not only survived but has become a global force for innovation and entrepreneurship. All of that was accomplished despite frequent wars and with population of only 8 million people.

Israeli entrepreneurship has emerged from the struggle for survival and continued development through high technology, by setting up universities and research centers, which largely contributed to the fact that Israel is now a leading country in the world in the number of engineers and scientists per capita. So what is the secret of their success?

The omnipresent spirit of entrepreneurship

Government measures help young people to launch businesses. Rich Israelis invest in new companies. Young people present their ideas everywhere, hoping to bump into a local investor. The Israelis have brought “Elevator pitch”, i.e. one-minute speech about their business ideas, to perfection. Presentations to potential investors are practically a daily occurrence organized in academic universities, companies, various student organizations, and even in cafes and bars.
These are just some of the reasons Israel is called a “startup nation” and is a leading country in the world in terms of newly established companies. The Israelites are also leading the world in time spent on the Internet and the number of smart phones per capita. Israel has the most companies listed in the NASDAQ after the U.S. and Canada. Among the famous Israeli innovations are USB memory sticks, ICQ – one of the first cyber chat systems, “camera-in-a pill” for medical diagnosis and many others. Notable new innovative companies are “WAZE”, which is developing technology similar to GPS system, and “Better place”, well-known producer of electric cars and charging stations for batteries. Microsoft, which has its research center in southern Israel, recently presented a new version of Windows 8 that will be launched later this year. 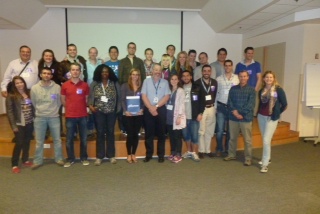 An incubator for the Western powers

The biggest partner and a major buyer of Israeli innovations remains the U.S., followed by France and the Netherlands. Many other countries are also present in Israel with their research centers and representative offices or through buying smaller Israeli companies. For some companies, such as Deutsche Telecom, a research center in Israel is a springboard for launching their innovations directly to the Silicon Valley. Some Israeli economists believe that Israel is fully prepared for the future success in leading innovative fields of nanotechnology and artificial intelligence.

Getting the most out of limited resources

One of the main problems of the Israeli economy is the workforce. Orthodox Jewish men and Arab women do not want to work due to religious and cultural reasons, and Israel relies much more on its human capital than on scarce natural resources. Considering its relatively small population, Israel is going for the quality rather than quantity, and that fact is largely used in promoting their country on the global market. With the majority of the country being a desert, Israel is compelled to use the help of innovative high technology for bringing out the best out of their limited resources. Very little fertile soil and water shortages forced the country to become the world leader in agricultural innovations.

Kibbutz as a nursery of innovation

Israeli high technology originates from kibbutzim, the specific farms which developed new technologies in the fields of agriculture and ecology. The collective ownership of houses, nurseries and landscaping in kibbutzim has become the subject of privatization in recent years. Intellectuals and engineers have become farmers and volunteers, and their innovations have made Israel the agricultural leader in the world. Although kibbutz looks like a very simple village oriented to the natural way of life, they are directing their residents to the various experiments and are using the latest technologies. The kibbutzim are hotbeds of innovation and simplicity. Some of them are exceptionally successful in experimenting to solve modern building and industrial problems using solutions that are found in nature. Students spend their summer breaks in those kibbutzim, attending various programs where they learn to experiment in practice. They are led by scientists who have proven themselves on international and Israeli universities.

The importance of the army in civilian staffing

Army plays a big role in the economy, education and in exposing young people to high technology. Men serve three years, and women two years in the army. Surrounded by enemies, and attacked seven times since the establishment of their state 60 years ago, Israelis are always ready to defend their country. Through the army they are developing innovations and encouraging economy and high technology. For example, aeronautics always has a dual purpose: the use in military and civilian industries. Military and economic organizations and companies in general work together and cooperate. After completing military service, young people apply their knowledge in various fields directly in the civil economy. The army helps the new companies financially, and networking gained in the military is very important later in life. Foreigners and the Arabs who do not serve in the army of Israel believe that their opportunities are limited, due to lack of contacts and connections which are usually made during the service. Company owners and employers attend the courses in “reading of the military resumes” to immediately identify where the potential candidate has spent his military service, and whom he might know. These courses help employers to assess future employees and their knowledge and connections.

Israel is just the ideal enclave for various business experiments, for example production of an electric car and recharging stations by the company “Better place”, which was started by Shai Aggasi, a well known Israeli entrepreneur. Since the Israelis do not have friendly relations with the neighboring countries they do not travel outside of Israel by car, nor do they have car passenger inflow from neighboring countries. Being such an isolated market makes them suitable for different experiments because it is possible to have everything under control, and predict development. In the case of “Better place” that meant it was known exactly how much battery filling stations with supporting facilities needed to be built. Today there are more than 40 of them.

Surrounded by neighbors with whom they have poor diplomatic and economic relations, the Israelis have turned to remote markets, mainly the United States. Some organizations are trying to win over the Arab minority to assist them in marketing of Israeli products and services to wealthy Arab market in Saudi Arabia, Qatar, Turkey, United Arab Emirates and Libya. Such organizations are also working to promote peace in the region and to improve relations with Muslim neighbors. We attended a panel in Tel Aviv dedicated to Arab entrepreneurs.